The GameStop incident teaches us a few important lessons about disruptive forces.

I like stories where the underdog wins. So, when the internet blew up this week about Wall Street hedge fund billionaires being crushed by a bunch of redittors, I was hooked. It really is a fun story. The GameStop incident teaches us a few important lessons about disruptive forces. Here’s the gist for those of you who’ve had better things to do than track the games (literally) in progress. 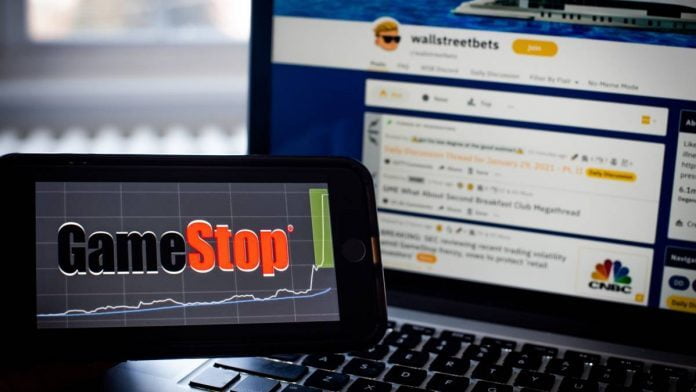 GameStock is a video game retailer with about 5000 stores mostly in North America and Europe. Until recently, the only news about it was related to its financial decline in the face of online gaming. Its stock price at the start of the year was about $18. This week it crossed $450. Not bad as far as company rallies go, except that this jump had nothing to do with company performance. Turns out, this was fueled by a community of amateur traders on Reddit, whose goal was to drive up the share price and crush hedge funds who had bet against the company. Hedge funds who shorted the stock lost about $20 billion. The redittors, small investors and other regular stock owners made out like bandits. Let’s backtrack a bit to understand how this is even possible.

These types of situations are made possible by complex, risky trading usually undertaken by hedge funds. One such mechanism is “short selling” stock. I borrow your stock, sell it for its current price, and then buy it back much later at a lower price to return it to you. Let’s take an example. I borrow your old iPhone 6 for its current value of $100. I sell it for a $100, and then buy it back 3 years later for $30. You get your junk iPhone 6 back along with a good commission. And I made a big profit too. Some stocks are popular “shorts” because hedge funds believe they will decline. Think GameStop, Blockbuster, Blackberry etc. It sounds good… unless these stocks appreciate dramatically.

In a corner of the internet, a 3 million person amateur investor Reddit group named WallStreetBets believed that the ailing GameStop deserved a lifeline, and the hedge funds ought to get a poke in the eye. WallStreetBets is a mostly male, juvenile, potty-mouthed group that’s been around for almost a decade. They coordinated their purchase of the stock, to drive up its price. The short-sellers suffered losses, which led to brokers who had loaned the shorted stock, to require the short-sellers to either deposit more money or close out their positions. The short-sellers thus had to buy stock, which drove up the price further. That in turn drove more short-sellers to close their positions. You get the idea of the upward spiral. That’s called a short squeeze. Elon Musk joined the Twitter frenzy with a single-word tweet “GameStonk”. The word “stonks” is linked with memes. It misspells the word “stocks”, and is often associated with bad financial decisions.

GameStop was just the start. WallStreetBets has already turned its attention to several other stocks, piling into AMC, the movie theater company, and BlackBerry, catapulting those shares too. Popular trading app Robinhood stopped trading in certain stocks, Wall Street, the White House, the US Treasury Secretary and most other financial institutions are following developments closely. Meanwhile, hedge funds are forced to sell other company stocks to find cash. That’s driving the stock market lower. Will this cause the stock markets to decline significantly? And, what happens to the over-inflated GameStop stock price? Nobody knows for sure. What we do know is that certain short-selling hedge funds got disrupted.

There’s a lesson here to be learned beyond “David beats Goliath”. The disruptive forces for hedge funds in this case came from amateur, individual investors. Historically, hedge funds have viewed small private investors with derision. These have no chance to compete with the big funds that have analytics and financial clout. Until… they do. The disruptive technology in this case wasn’t high end analytics, it was a simple social media group.

Disruption and its antidote, digital transformation, isn’t always about better digital capabilities. Sometimes it’s about a very different business model. It also often comes from a different part of your industry. What this means is that benchmarking with current best-in-class players in your industry has inherent limitations. You need to look beyond that. Sometimes the juvenile bros that lurk in a corner of the internet might just be good enough to disrupt you.